In 1931 the horror genre was changed forever when Universal Studios unleashed two seminal features on the unsuspecting public.

These two classics began a series of monster movies that spanned decades including "The Mummy," "The Invisible Man," "The Wolf Man," "The Creature from the Black Lagoon" and many more.

We'll be presenting on the big screen the way they were meant to be seen:

"Dracula"  America's first great talking horror classic and the film that launched the career of the Dark Prince of Horror, Bela Lugosi.


"Frankenstein"  The breakthrough shocker about a man made monster so brilliantly portrayed by Boris Karloff.

"The Wolf Man"  Released in 1941, it's the film that revitalized the Universal Monster series and set it's star

Lon Chaney Jr. on the road to horror stardom.

OUR SPECIAL GUESTS FOR THE EVENT:

David J. Skal - Author of the must read work on our favorite genre

"THE MONSTER SHOW: A Cultural History of Horror" as well as

"DEATH MAKES A HOLIDAY: A Cultural History of Halloween" and many more.  Mr. Skal's documentaries, "The Frankenstein Files: How Hollywood Made a Monster," "Monster By Moonlight:  The Immortal Saga of The Wolf Man" and more can be seen on Universal Studios DVD releases of the classic films.

Plus Dealers, A Monster Silent Auction, Surprises and more!

AFTER THE EVENT don't miss the

right next door at Cine Cuvee!

Come enjoy the blood of the grape with 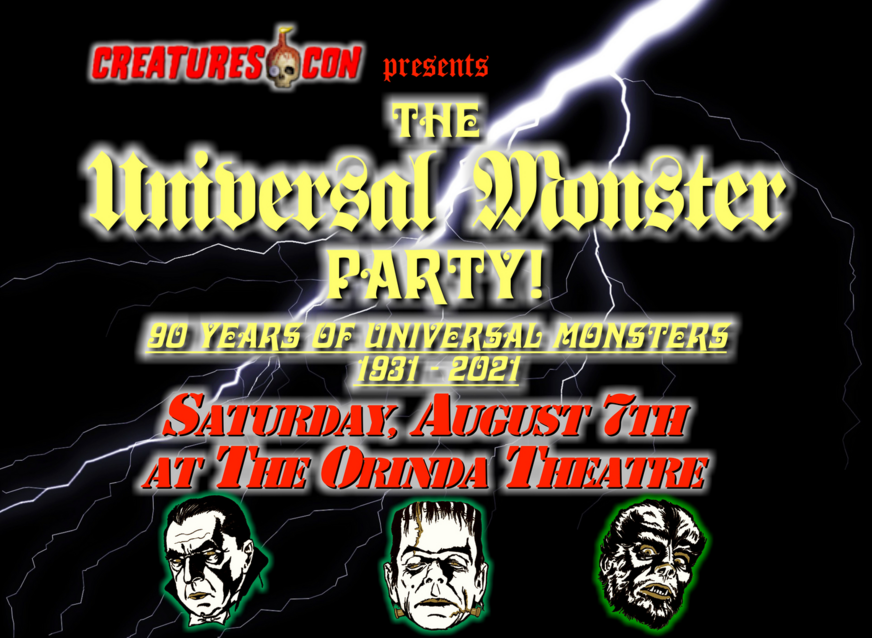